From Dashie, with love

In the bright, windy morning, the website said that the letter was still waiting to get airlifted from France.

But, the tall man in the brown shirt, the postman, appeared at cjunior's just as the Sun peeked above the zenith.

The captivating smell of the plastic cover, presents, filled the air as he placed it on my palm.

I opened it slowly, with laser precision, enjoying the essence.

'La Poste, France'- said the seal, marked on the second of March.

Inside was seven cards, photos printed with love, from a place 5000 miles away.

The words were as beautiful as his toots, touching as I thought it would be.

The picture of Seine looked magical and Maât's, the cat's coloured eyes appeared to be shining.

My heart was melting as I skipped through those colored photos.

It's been more than an year since I joined oldbytes, and the vibes I created with people all across the world are just incredible.

Is there a comprehensive, yet beginner friendly blog post on how to use the top command?

I saw the ending scene from a movie called Jojo Rabbit on instagram and it was so wholesome and it looked like the movie is a masterpiece.
I'll try watching that obviously, when all of these tests are complete.

I think Hacker News thread getting filled with meaningful and sometimes conflicting insights and comments, in less than an hour is pretty amazing.

I don't know whether I should think about researching and buying a good keyboard now or wait for System76 to launch their keyboard.

New Blogpost: A Trip Into FreeBSD

It looks like Zen Kernel v5.10.12 broke my headphone input.

I tried a lot of things and lastly I booted back to vanilla linux and it works over here.

This is the first time I'm having issues with Zen.
Maybe it's the recent update, or something else.

I just stuck some folded paper under my unresponsive keyboard keys that some ants ate and now it's working fine! 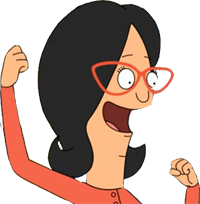 FSF's article on campaigning for Free BIOS is actually kind of nice.

The bastion of the turbo fish https://github.com/rust-lang/rust/blob/a2cd91ceb0f156cb442d75e12dc77c3d064cdde4/src/test/ui/bastion-of-the-turbofish.rs

I was thinking, one can fork linux from torvald's account on GitHub, do some stuff, and then get GitHub actions to build the kernel for you, right?

one of my favourite bits was when i told some blue lives matter evangelical on twitter that once, a cop stopped me, and the archangel michael descended from heaven, blew the cop to fuck, took a toke off my joint, and told me it's okay because cops don't have souls

I'm going to make a repository for the dotfiles, too.

My precious .Xmodmap is priceless.

Oh, great, we have MIPS and qtspim and all.
Looks like this is going to be fine.

Another (probably completely) online semester is about to drop today.

Trying out Zen Kernel on my Arch right now.
I don't see any visible performance improvements or huge problems yet, but man, there's a absolutely no documentation at all.

No, Microsoft.
I do not want an extension to get help with the .ignore files.
Thanks.

Hack... and I cannot stress this next part enough... the planet.