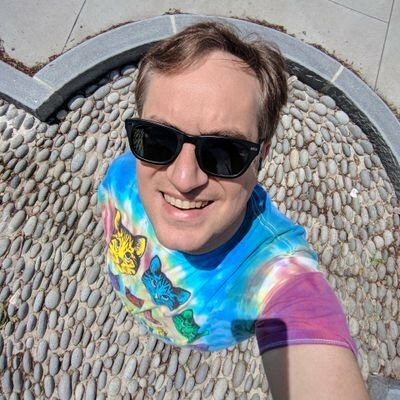 Q: good follows or instances for someone into music, synths, vintage computers, asking for a friend who just joined the Fedi

Two screws sheared off my cheap treadmill's kickstand. Took some work to get the remnants out. But they were easily replaced with better quality screws. I'm considering the simple construction a feature I guess.

I'm probably going to see Rise of Skywalker sometime soon. Not out of interest but because I've seen all the mainline Star Wars movies (all the theatrical releases except Solo) in the theater ever since my parents took my weeks-old diapered ass to the drive in to see A New Hope.

It feels more like an obligation than something I'm interested in. One last trip to church for Christmas Mass.

20 years ago, one or two lucky souls with a TV capture card would have uploaded hand traced gifs of Baby Yoda dancing and they would have been posted on the Unofficial Baby Yoda Fansite, and all of us would be placing them as inline images on our own homepagea

This AI Dungeon 2 session is off to an...interesting start. Everything up to the word "spot" is the original prompt I entered. Everything after came entirely from the AI.

Finally got to the hotel after midnight. World of Commodore starts in twenty minutes.

There's not enough coffee in the world to get me through the day.

Facebook surfaced a post of mine from 2014 when I got up early to watch the Orion capsule test flight. I was so excited about the future of Orion & SLS even though I knew they were less than ideal, politically driven designs like the Shuttle.

Here we are, five years later and…nothing. That's so depressing.

arnold schwarzenegger became a naturalized US citizen in 1983, around the same time that he started filming the first terminator film. in other words...

he terminated and stayed resident

Just finished an hour and a half on the treadmill in my favorite workout shirt.

Fixed the audio and serial bus than stopped working on the Ultimate SX-64. Also upgraded the firmware.

I really need to add a new physical switch that disables the built in 1541.

Ok, booked my flights, hotel, and ticket for World of Commodore. Toronto, here I come!

One of my cats had seven teeth pulled this week. He's currently curled up on my pillow blissed out on painkillers.

He won't eat wet food so I've been making a soup for him of his dry food in chicken broth. He's been eating some of it but I can tell it's still not a pleasant experience.

Oh yeah, I still need to book a trip to World of Commodore...